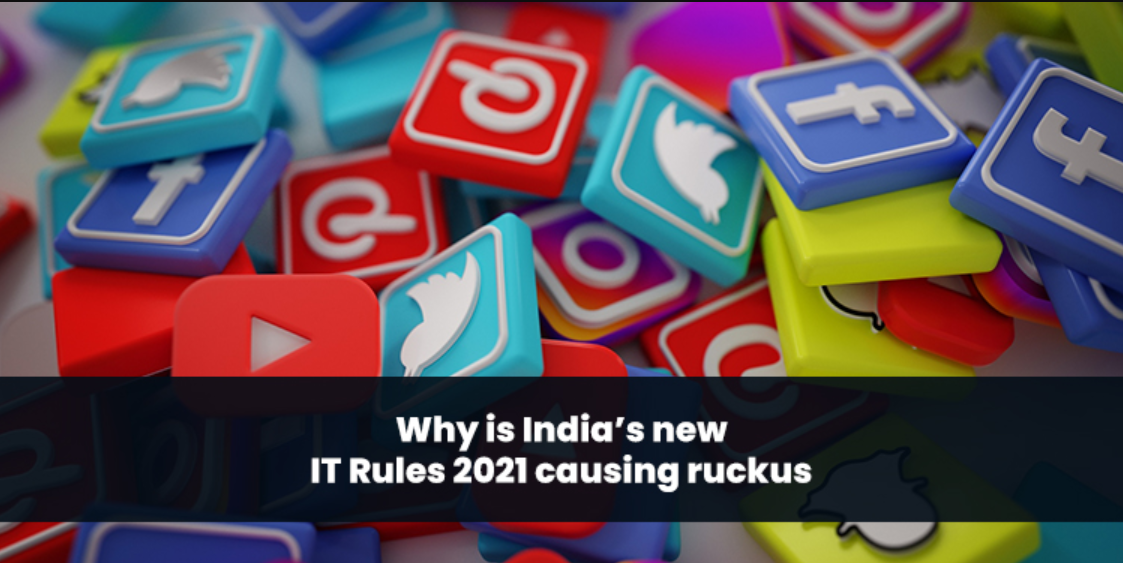 by Syeda Fauzia
in Corporate, Layman Litigation
Reading Time: 8 mins read
A A
3
Share on FacebookShare on Twitter

In February 2021, the Government of India notified Information Technology (IT) (Intermediary Guidelines and Digital Media Ethics Code) Rules 2021.[1] These Rules instructs the sizeable social media companies with over 50 lakh users to comply with the new regulations or they risk losing their legal status. They were provided with a three-month timeline to comply with the Order which ended on May 26, 2021. Establishments like Facebook, WhatsApp, Instagram and even Twitter are yet to comply. This article will critically analyze and provide an in-depth analysis about the new Rules, answer some common doubts, and how it affects the Indian users and big businesses established in India.

The notification issued by the Government,[2] states that the social media platform are absolutely welcome to conduct their business in India, but such platforms will have to follow the laws and regulations of India accordingly.

Yes, Section 87 of IT Act 2000, empowers the government to enforce such rules. Similar provisions were prevalent under IT (Intermediary Guidelines) Rules 2011 which now stands replaced. The new Rules intends to balance the regulation of internet platforms.

The disturbing developments that have taken place on the rampant abuse of social media platforms, some of which include:

Social media regulations are not just a debate in India but worldwide. Since nobody seems to do anything about it the Indian Government deemed it right to overstep in this regard. In the landmark case of Prajwala vs Union of India,[3] the Supreme Court stated that “the Government of India may frame the necessary Guidelines/ Standard Operating Procedure and implement them within 2 weeks to eliminate child pornography, rape and gang rape imageries, videos and sites in content hosting platforms and other applications.” The Supreme Court also specifically stated that the Ministry of Electronics and Information Technology to appraise the timeline in respect of completing the process of notifying new Rules.[4]

An intermediary is a third party that offers intermediation services between two parties.[5] For example:

Now, these intermediaries will be divided into two categories under the Rules:

The Rules that apply to Significant Social Media Intermediaries (SSMI):

A contentious clause in the IT Act Rules 2021, additionally mandates companies that provide messaging services to identify the first originator of the information.

Why is this problematic?

WhatsApp contains end-to-end encryption, meaning that even WhatsApp cannot and does not have the authority to access the user’s personal messages. The “First Originator or Traceability” provision under the Rules suggests that the “end to end encryption” be removed. This way the necessary authorities know exactly who, when, and where is propagating false news along with which they will also be able to track the originator of the message.

“Rule 4 (2) of the Rules 2021, mandates a ‘significant social media intermediary’ providing services primarily like messaging to enable identification of the first originator of the information on a computer source, as required by a judicial order or order passed under S. 69 of the Information Technology Act, 2000 as per the Information Technology (Procedure and Safeguards for the interception, monitoring, and decryption of information) Rules, 2009.”[7]

They are required to self-classify appropriate content based on the required age criteria as listed below:

Platforms are required to implement parental locks, which compulsorily implemented,

Publisher of any news will have to abide by the Norms of Journalistic Conduct of the Press Council of India[8] and the Programme Code under the Cable Television Networks Regulations Act.[9]

A three-tier Self Grievance Redressal Mechanism initiative by the Government of India:

Is freedom of speech and expression, violated? Yes, to some extent. Will “privacy” be a major concern to users across the country? Yes. How? One being the traceability clause and breaking the encryption clause. Second, is the unwarranted involvement of the Ministry in the internet regulations platforms. Whilst the new IT Rules seems to be improving the much-needed comprehensibility in regulating cyber activities. For example, content that threatens the security of India, or any other content that might be racially or ethically objectionable. The other part is the proposed framework that provides the Ministry with enormous powers. One to name would be the “emergency blocking powers” (not enforced) which means blocking the platform altogether.

Building an AI, Knowing the AI Regulations are Important