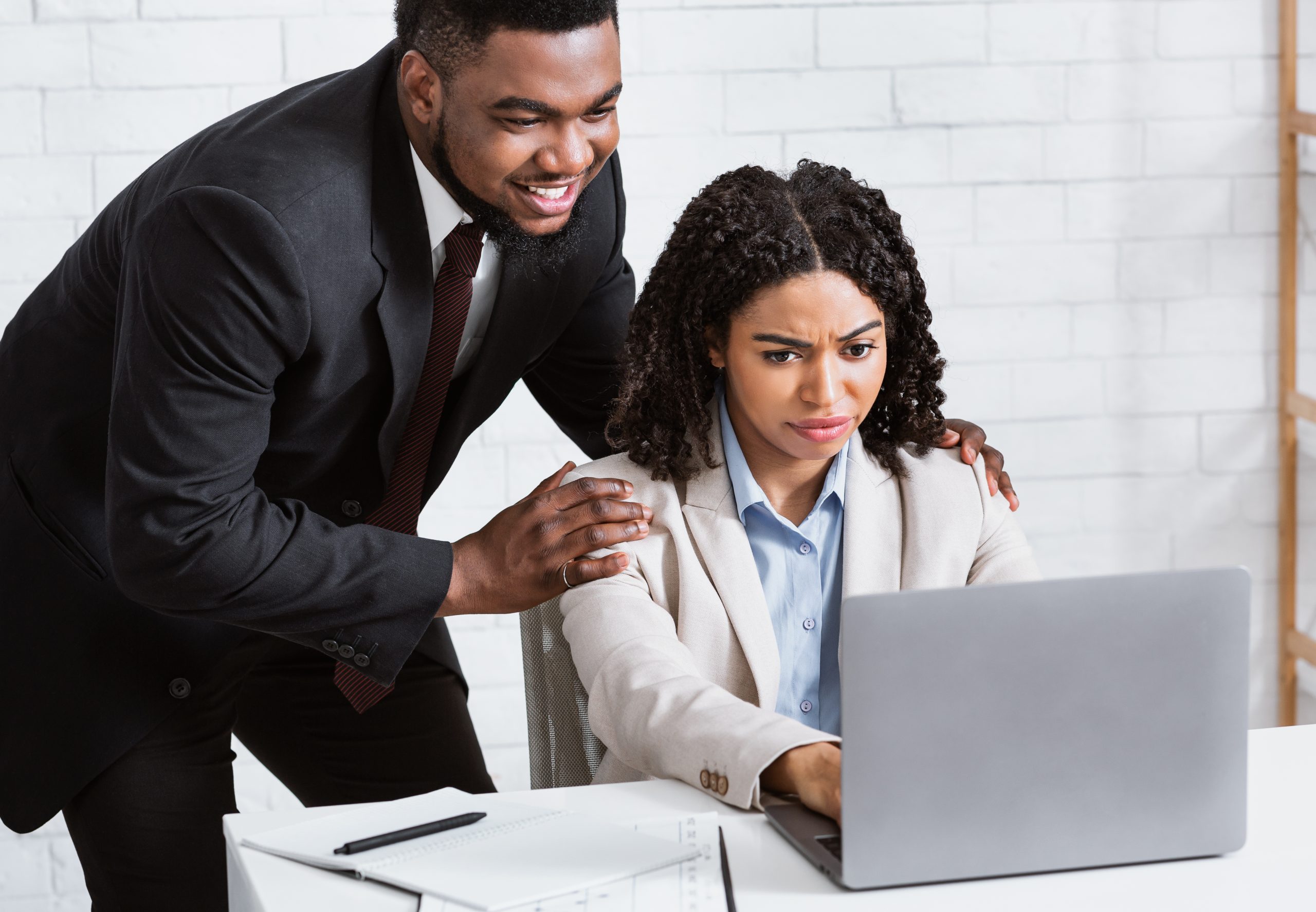 ILO’s report claims nearly 1,000 killings at a job place every year in the United States.

The instance when Derek Chauvin, a white cop viciously killed George Floyd, an African American, by kneeling on his neck for about 8 minutes until his death still wrenches our hearts. The aching voice of a 46-year-old Floyd until now reverberates not only in Minneapolis, the accident spot but across the globe. Though the case majorly revolves around “the racism” but the “harassment” and the abuse he agonized cannot be overlooked. Not only this, but a lot more such cases of harassment pop up in our daily feed.

But one would now ask, why do we need to know about it even? The following reports may urge you to understand the necessity and immediacy of stopping harassment:

Harassment of different types may have separate health consequences.

ILO’s report claims nearly 1,000 killings at a job place every year in the United States, where homicide is the leading cause of death for the working American women and second leading cause of death for men. A survey by NPR finds that approximately 81% of women have faced sexual harassment during their lifetime while the number of men facing the same is as low as 43%. The harassment of different types may have separate health consequences including mental health, behavioral changes, and impacts on social life.

Briefly, harassment is generally an unlawful and unwelcomed annoyance and offensive conduct from people that may include partners, friends, co-workers, boss, teacher, student, parents, customers, or many more. There prevail some fallacies amongst the people claiming that ‘sexual harassment is the only form of harassment.’ Or ‘the one who is raped is harassed, and not the one who faced the rape threats.

Now some questions would strike to one’s mind, was this harassment? The other answers, No, he was not sexually assaulted. If you have the same questions, it becomes mandatory to know, what harassment is. What are its various forms? And how can it be avoided?

Different categories of harassment and ways to avoid them.

It is the most heard humiliating behavior or inappropriate conduct concerning the sex of a person. It may consist but not limited to the use of sexual over tunes, unwelcome rewards in exchange for sexual favors, verbal transgressions, sexual assault like rapes, sexual annoyance like flirting, or even the forced sex after marriage. Such unethical behaviors against the sex of the victim, not only target them physically but also mentally and socially.

The easiest way to understand physical annoyance is the inappropriate touch but not the sexual assault. The knowledge of good touch and bad touch can help one to detect physical harassment.

A lot of committees, helpline numbers, organizations, and laws are constructed to help the victims of sexual aggravation. Seek out support immediately regardless of the stereotypes and society that one thinks can be maintained after being silent. Currently, some reports claim the increased sexual violence against women and the LGBTQ community that needs immediate action along with awareness.

It is an undetectable, unwanted, vexatious, humiliating, or intimidating behavior including verbal comments, name-calling, gestures, actions, or other forms of conduct that may harm the dignity and integrity of a person. Often unheard concerns or complaints of the psychologically harassed people due to stereotypes predominant in the society may deteriorate the circumstances.

To shield the mental health of victims, it becomes unquestioningly necessary to combat psychological harassment. To combat, priority should be detection that may be done after knowing well about the types of mental abuses. After monitoring and analyzing determinants of harassment, the victim should talk to the most trustworthy individual, or a group, organization, society, and so on. It becomes imperative to interact with the professionals to check mental health while not discounting the need for legal actions.

It may include favoritism, offensive racial jokes, hostile working environment, ethnic slurs, offensive comments targeting sexual orientation, color, creed, religion, or even nationality, or any such inappropriate behavior can harm the integrity of victims. There is a need for a clear reporting procedure if it happens at the workplace, followed by strong policies of the organization. Apart from this, direct retaliation through arguments would not solve the issue, but seeking professionals for help is a rational choice.

An uncommon aggravation though, people use electromagnetic waves to harass a victim under electronic harassment. In this era of advanced technology, from virtual meetings to virtual occasions, electronic harassment can involve behaviors such as electronic sabotage that is sending viruses by e-mail, sending unsolicited or threatening emails.

Furthermore, the leaking of photos, privacy, cyber bullying, hate e-mailing, cyber-stalking, online derogatory comments, online predators, hacking and many more are the forms of online harassment. It would be unfair to call it uncommon harassment and ignoring the consequences which according to psychologists, are auditory hallucinations, delusional disorders, or any other mental disorders amongst the victims targeted.

There may be different ways of handling every situation and preventing cyber bullying because every situation is different. To prevent such annoyance online, you can set a strong password while keeping it secret, use encryption, change passwords frequently, stay cautious about meeting online acquaintances, seek legal help while saving all the offensive communication for evidence, contact the concerned helping parties, etc.

Inappropriately or misusing the power, that may be political or administrational, is not an uncommon type of harassment. The death of Bollywood actor Sushant Singh Rajput has once again brought ‘nepotism’ in the flashlight.

The unwelcomed attention of political nature may also occur at the workplace, universities, hospitals, courts, recruitments, and hierarchism/ranking. It may include but is not limited to lay-off, promotion, demotion, suppression, murders, assaults, bullying.

Moreover, the above-quoted case of George Floyd is the appropriate illustration of police brutality and the power pestering. The unfair treatment conducted by police or any other officials further includes coercion, threats or blackmailing, excessive force, profiling, and of course, discrimination is not separate.

The precedence should be a clear cut response and zero-tolerance to combat such harassment forms. Further, the legal institutions opposing such type of injustice may be reached out for assistance.

In a nutshell, all the above-mentioned forms of harassment, including quid pro quo sexual harassment can occur at the workplace as well. From the discriminatory to power, from physical to psychological and from electronic to behavioral harassment, people at workplaces are still more vulnerable to such a nuisance.

There is an immediate need to build a harassment-free and clear cut or zero-tolerance culture at workplaces while ensuring the awareness to make people understand the legal procedures of filing complaints and so on.

Conclusively, there might be many other sorts of aggravations confronted by sufferers, but zero-tolerance is a prerequisite way out to combat them. Waiting inaudible due to stereotypic insights would rather encourage the culprits further. There may be different ways for individuals to avoid harassment, but everyone needs to comprehend the necessity to fight them.

BeVocalized understands the hesitation of victims due to multiple reasons including societal stereotypes, funds, and support, and thereby the organization is always ready to help the needy to raise their voice. The lawyers at BeVocalized would help the victims to get justice. Any victim of abuse, sexual, or pharmaceutical mishap, or any other mass tort case, can call, email, or schedule an appointment.

How to help someone who has been abused, physically or mentally?