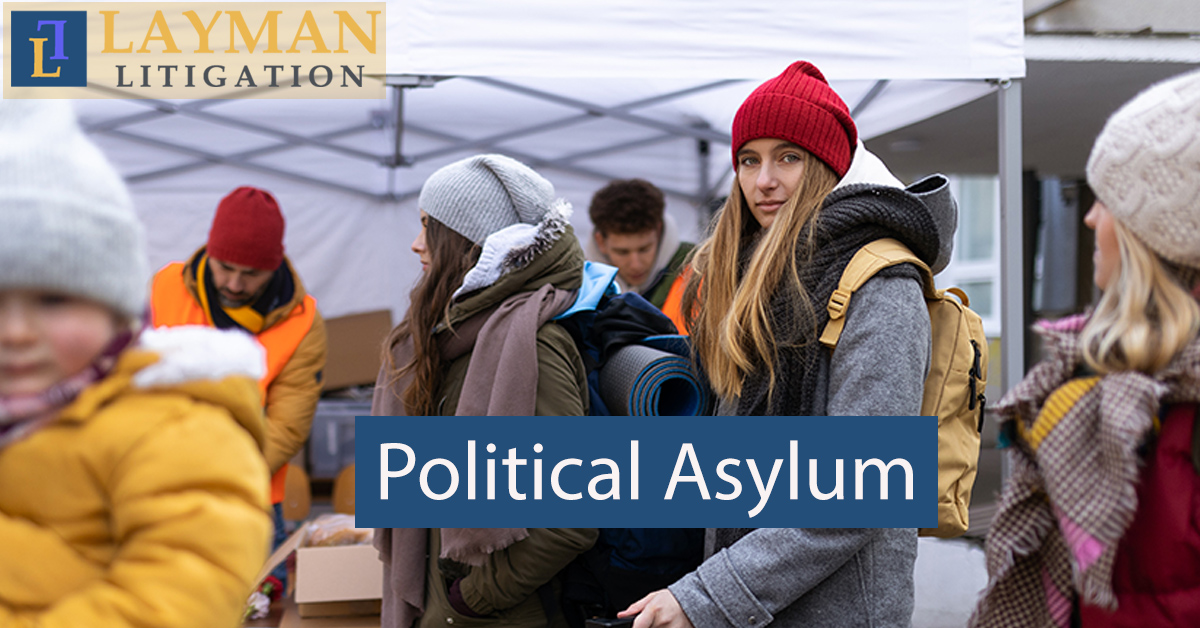 Asylum is a kind of protection that is provided to an individual to continue to remain in the United States as an alternative to being (deported) to a country where he or she fears persecution or harm. It is a countries duty to protect its citizens, when they fail to do so, naturally a person have to move to other country where they feel safe.

Let us understand more on this article. “Under U.S. law, people who flee their countries because they fear persecution can apply for asylum. If they are granted asylum, this gives them protection and the right to stay in the United States. Those who are granted asylum are called asylees. According to U.S. immigration law, a refugee is someone who has been resettled to the United States through the U.S. resettlement program. This is a separate process than asylum. For more information on resettled refugees, please see Rights and Duties of Refugees.

To apply for asylum in the U.S., you must be physically present in the U.S. or be seeking entry into the U.S. at a port of entry. Persecution can be harm or threats of harm to you or your family or to people similar to you. A person can also obtain asylum if he or she has suffered persecution in his or her country in the past. You only can win asylum if at least one of the reasons someone harmed or may harm you is because of your race, religion, nationality, political opinion (or a political opinion someone thinks you have), or the fact that you are part of a “particular social group.”[1]

Every single year individuals turn up in the United States of America in the search for protection as they face various kind of threat in their own country. This threat could either include:

You may include your spouse and children who are in the United States on your affirmative or defensive asylum application at the time you file or at any time until a final decision is made on your case. To include your child on your application, the child must be under 21 and unmarried. For more information see our Form I-589, Application for Asylum and for Withholding of Removal page. If you were placed in expedited removal proceedings, you received a positive credible fear determination, and USCIS retained your asylum application for further consideration in an Asylum Merits Interview, please visit our Asylum Merits Interview with USCIS: Processing After a Positive Credible Fear Determination page. If you have an asylum application pending with us, you can check the status of your case at Case Status Online. You will need the receipt number that we provided you after you filed your application.”[2]

Majority of asylum claims in the United States fail or are rejected. One third of asylum seekers go to courts unrepresented although those with legal representation have higher chances of winning.[8] In 2015, the world saw the greatest displacement of people since World War II, with 65.3 million people having to flee their homes.[9] The Bureau of Population, Refugees, and Migration (PRM), among other things, collects large amount of funds and then distribute it to refugee admission programs involved in relocating refugees into communities across the country.[10]

Case Law: “The term “well-founded fear” has no precise definition in asylum law. In INS v. Cardoza-Fonseca, 480 U.S. 421 (1987), the Supreme Court avoided attaching a consistent definition to the term, preferring instead to allow the meaning to evolve through case-by-case determinations. However, in Cardoza-Fonseca, the Court did establish that a “well-founded” fear is something less than a “clear probability” that the applicant will suffer persecution. Three years earlier, in INS v. Stevic, 467 U.S. 407 (1984), the Court held that the clear probability standard applies in proceedings seeking withholding of deportation (now officially referred to as ‘withholding of removal’ or ‘restriction on removal’), because in such cases the Attorney General must allow the applicant to remain in the United States. With respect to asylum, because Congress employed different language in the asylum statute and incorporated the refugee definition from the international Convention relating to the Status of Refugees, the Court in Cardoza-Fonseca reasoned that the standard for showing a well-founded fear of persecution must necessarily be lower.”[11]

To know more on the related topic, visit layman Litigation