Investment – Financial Problem or an Opportunity

by Harsh Upadhyay
in Civil Litigation, Tax
Reading Time: 6 mins read
A A
0
Share on FacebookShare on Twitter 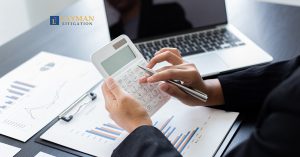 The US national security review process for foreign investment governed by Section 721 of the Defense Production Act and generally referred to as ‘the CFIUS process’. Thereafter the interagency body that administers it. CFIUS composed of nine voting members: Treasury (its chair), the White House’s Office of Science and Technology Policy. The US Trade Representative, and the Departments of Commerce (Commerce), Defense, Energy, Homeland Security, Justice, and State. The Department of Labor and the Office of the Director of National Intelligence are ex officio non-voting members. Other executive branch agencies may be temporarily added as voting members on a case-to-case basis. (e.g., the US Department of Agriculture might add in an agribusiness transaction).

Transaction parties will interact mostly with Treasury before and during a review as Treasury manages the overall process, maintains the web portal parties use to submit filing documents (the Case Management System or (CMS)), and communicates CFIUS’s findings and decisions to the transaction parties on behalf of CFIUS. However, the lead agencies – namely, those with the strongest equities – will co-lead on substance, including negotiation of mitigation terms if warranted.

Commercial banks accused of being too speculative in the pre-Depression era because they were diverting funds to speculative operations. Thus, banks became greedy, taking on huge risks in the hopes of even bigger rewards. Banking itself became sloppy, and objectives became blurred. Unsound loans issued to companies. Which the bank had invested, and clients would encouraged to invest in those same stocks.

Senator Carter Glass, a former Treasury secretary and the founder of the United States Federal Reserve System. The primary force behind passing the Glass-Steagall Act along with Henry Bascom Steagall. Steagall was a member of the House of Representatives and chair of the House Banking and Currency Committee. Steagall agreed to support the act with Glass after an amendment added permitting bank deposit insurance. Which was responsible for creating the Federal Deposit Insurance Corporation (FDIC).

In response to one of the worst financial crises at the time. The Glass-Steagall Act set up a regulatory firewall between commercial and investment bank activities. Banks given a year to choose between specializing in commercial or investment banking. Only ten percent of commercial banks’ total income could stem from securities; however, an exception allowed commercial banks to underwrite government-issued bonds[2].

The US has two different taxation systems for US persons and non-US persons. US persons are subject to taxation on their worldwide income (including all foreign-source income). Although they allowed to credit some or all of foreign taxes paid in many circumstances. Non-US persons only subject to US income tax on income deemed to be sourced in the US.

The taxation of non-resident aliens limited to US source income. There are two main taxation schemes based on the following two categories of income:

Fixed, determinable annual, periodical (FDAP) income (investment income). This commonly includes passive income or income not effectively connected with a US trade or business. Common examples of FDAP income are US source interest and dividends. FDAP income is taxed at 30%, unless a reduced rate applies under a tax treaty.

The taxable year must file a return and pay tax at regular US progressive tax rates (up to 37%) on income deemed to be effectively connected with such trade or business. Income effectively connected with a US trade or business may not be subject to US tax if there is an income tax treaty in effect with the non-resident’s country of residence. Under most treaties entered into by the US, business profits of a non-resident are not subject to US tax unless these are attributable to a permanent establishment in the US. Generally, a permanent establishment is a fixed place of business (for example, an office, factory, mine or place of management) through which a non-resident wholly or partly carries on its activities.