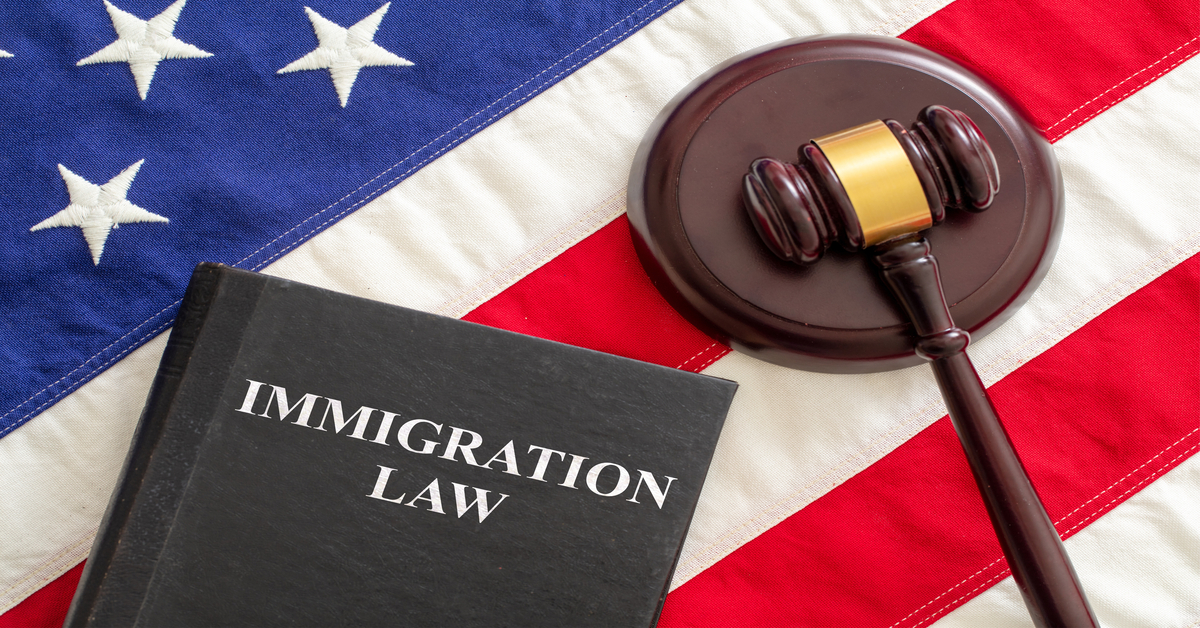 HOW DOES THE IMMIGRATION SYSTEM WORKS IN USA?

by Syeda Fauzia
in Immigration, March 2022 Magazine
Reading Time: 10 mins read
A A
0
Share on FacebookShare on Twitter

Immigration refers to the act of moving from one’s country to live permanently in a foreign country. “It is an international movement of people to a destination country of which they are not natives or where they do not possess citizenship in order to settle as permanent residents or naturalized citizens. Commuters, tourists, and other short-term stays in a destination country do not fall under the definition of immigration or migration; seasonal labor immigration is sometimes included, however.”[1]

The U.S. immigration system is dense and complicated. Which makes it difficult to comprehend to a common man. This article will help you better understanding how the immigration system works overall. On more basic information or resources on immigration history, laws and policies refer Immigration Archives – Layman Litigation

Immigration regulations and its application are dealt at federal level. However, certain states in the United States have also passed laws in this regard. The law explicitly deals with immigration and deportation, of individuals, to and from United States of America “Federal immigration law determines whether a person is an alien or not (which is the term used by the Internal Revenue Service). The rights, duties, and obligations associated with being an alien in the United States, and how aliens gain residence or citizenship within the United States are also mentioned. It further provides the means by which certain aliens can become legally naturalized citizens with full rights of citizenship. Immigration law serves as a gatekeeper for the nation’s border, determining who may enter, how long they may stay, and when they must leave.”[2]

There are varied ways in which the immigration system can be demarcated. We will be learning about few of them in brief. They are:

This policy applies only US citizens and lawful permanent residence people only. It allows citizens to bring family members to the United States of America. The extended family members would mostly include immediate relatives.

An infinite number of visas are offered every year for family members of U.S. citizens. Immigrants coming under this classification must meet standard eligibility criteria, which would also include meeting certain age criteria and financial obligations. Few examples of what immediate family members would include:

These are also called derivative immigrants. Further to this, one should also establish the legitimacy of the relationship in question, meet the required income requirements, and sign an affidavit. A medical criterion is also to be met. Which would entail you to submit a full medical report with certain vaccinations that needs to be taken on your behalf (Covid Vaccinations for example). Last but not the least a clean criminal record to be also submitted.

In all instances, employees must leave the United States if their status elapses or if their employment is completed or is being dismissed. Differing on each kind of job and the foreign national’s credentials, an employer may be able to sponsor the employee for permanent employment. However, there is no specific requirement as such that the foreign national has to be working for the employer in order to be sponsored. He or she may still be able to convert into a lawful permanent resident provided that they continue to work in the United States.

“In addition to the numerical limits placed on the various immigration preference categories, under the Immigration and Nationality Act. It also places a limit on how many immigrants can come to the United States from any one country. Currently, no group of permanent immigrants (family-based and employment-based combined) from a single country can exceed seven percent of the total number of people immigrating to the United States in a single fiscal year. This is not a quota to ensure that certain nationalities make up seven percent of immigrants, but rather a limit that is set to prevent any immigrant group from dominating immigration flows to the United States.”[4]

“A refugee is a person outside his or her country of nationality who is unable or unwilling to return to his or her country of nationality because of persecution or a well-founded fear of persecution on account of race, religion, nationality, membership in a particular social group, or political opinion. An asylee is a person who meets the definition of refugee and is already present in the United States or is seeking admission at a port of entry. Refugees are required to apply for Lawful Permanent Resident (“green card”) status one year after being admitted, and asylees may apply for green card status one year after their grant of asylum.”[5]

The admittance or entrance of refugees or asylees depends on several factors. One being the extent of the risk they face, “membership in a group that is of special concern to the United States (designated yearly by the president and Congress), and whether or not they have family members in the United States. Asylum is available to persons already in the United States who are seeking protection based on the same five protected grounds upon which refugees rely. They may apply at a port of entry at the time they seek admission or within one year of arriving in the United States.”[6]

Conclusion: The term immigration was coined in the 17th century, referring to non-warlike population movements between the emerging nation states.[7] “When people crossed national borders during their migration, they were called migrants or immigrants (from Latin: migrare, ‘wanderer’) from the perspective of the destination country. In contrast, from the perspective of the country from which they leave, they are called emigrants or outmigrants.  As of 2015, the number of international migrants has reached 244 million worldwide, which reflects a 41% increase since 2000. One third of the world’s international migrants are living in just 20 countries. The largest number of international migrants live in the United States, with 19% of the world’s total. Germany and Russia host 12 million migrants each, taking the second and third place in countries with the most migrants worldwide.”[8] “Saudi Arabia hosts 10 million migrants, followed by the United Kingdom (9 million) and the United Arab Emirates (8 million).”[9]

The legal structure leans solely on the assumption and belief that every person is allowed to just process of law and be provided with a window of opportunity to be heard. The immigration system as such and law in general seems to have failed to support noncitizens with a system of justice. One needs to understand and be taught about ways in which the immigration system functions and educate themselves on the matter.