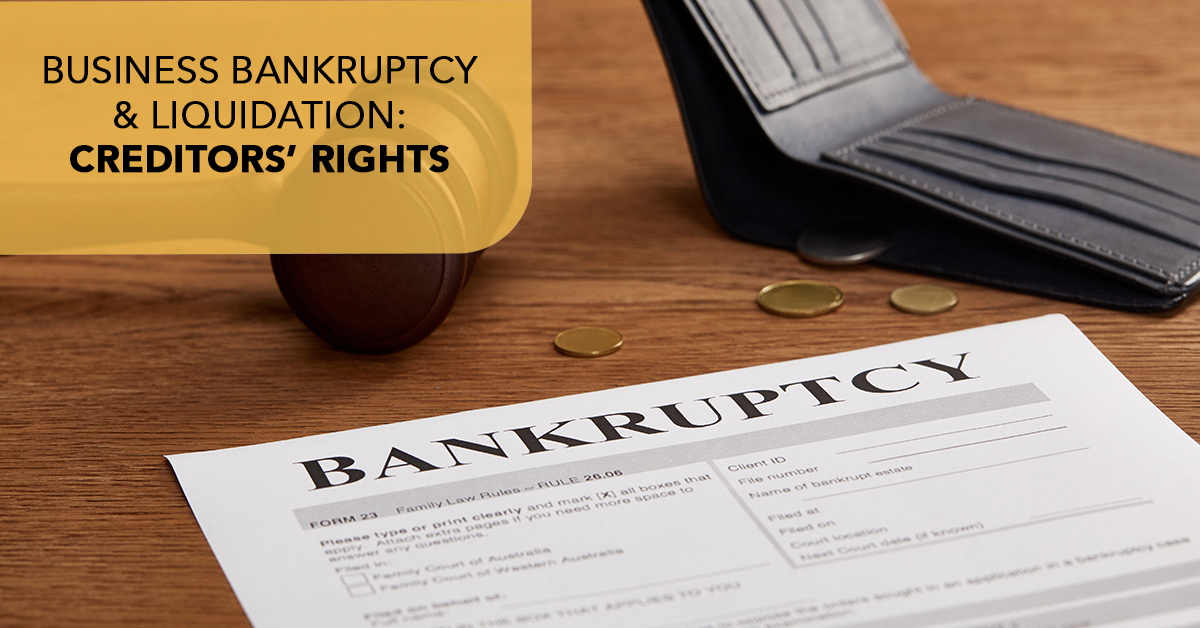 Under The Bankruptcy Code, Chapter 7 and Chapter 11 provides for understanding the basics of Bankruptcy. Let us know more with the help of this article.

by Syeda Fauzia
in Layman Litigation
Reading Time: 6 mins read
A A
0
Share on FacebookShare on Twitter

Chapter 11 of the Bankruptcy Code usually offers reorganization, typically concerning a corporation or joint venture. Under the chapter, a debtor normally intends in planning on the reorganization to maintain its business active and repay creditors during the grace period. Businessmen and individuals in general can as well pursue in claiming relief under the said chapter. “The Bankruptcy Code is composed of nine chapters.6 Chapters 1, 3 and 5 provide the structural components that generally apply to all bankruptcy cases. Chapters 7, 9, 11, 12, 13 and 15 lay out general procedures specific to certain types of bankruptcies. Generally speaking, these specific types of bankruptcies are:

It is important to have a perception about your rights as both secured and unsecured creditors. The same which is important from business point of view and is crucial for every enterprise.  Liquidation can either be voluntary or compulsory. Now, when a corporation is going through its liquidation process, apropos to the secured creditors, whom are involved, a well distinguished pecking order is established for reimbursement. This permits the said creditors to be refunded in advance of another creditor units.

The two kind of rights is stated herein: “Secured creditors lead the ‘hierarchy’ for repayment once the costs of liquidation have been covered. Those with a fixed charge on one or more of a company’s assets are entitled to receive the funds from their sale in liquidation. A fixed charge may have been granted to the bank, or an asset-based lender for example, with fixed charges often covering hard assets such as property, land, plant and machinery, and vehicles, as well as intangible assets including intellectual property and patents. Secured and unsecured creditors both have the right to challenge the liquidator’s remuneration if they feel it is too high and can do so by making a court application.”[2]

Let us discuss on what Chapter 7 and 11 of the Code provides. Which is that it mainly caters to insolvency procedures available to business in the United States of America. “Chapter 7 is a trustee-controlled liquidation. The goal of Chapter 7 is to ensure the most efficient, expeditious and orderly liquidation of the debtor’s assets to be distributed to the creditors and equity holders. Companies cannot reorganize under Chapter 7. The Chapter 7 liquidation procedure is administered by a Chapter 7 trustee either selected by the United States trustee or by an election conducted by certain creditors. The Chapter 7 trustee is responsible for realizing upon all of the property of the estate and coordinating the distribution of such property or proceeds of sales of such property.”[3]

“Bankruptcy under Chapter 11, Chapter 12, or Chapter 13 is more complex reorganization and involves allowing the debtor to keep some or all of his or her property and to use future earnings to pay off creditors. Consumers usually file chapter 7 or chapter 13. Chapter 11 filings by individuals are allowed but are rare. Chapter 12 is similar to Chapter 13 but is available only to “family farmers” and “family fisherman” in certain situations. Chapter 12 generally has more generous terms for debtors than a comparable Chapter 13 case would have available. As recently as mid-2004 Chapter 12 was scheduled to expire, but in late 2004 it was renewed and made permanent.”[4]

In 1982, in the case of Northern Pipeline Co. v. Marathon Pipe Line Co., the United States Supreme Court held that certain provisions of the law relating to Article I bankruptcy judges (who are not life-tenured “Article III” judges) are unconstitutional.[5] Congress responded in 1984 with changes to remedy the constitutional defects. Under the revised law, bankruptcy judges in each judicial district constitute a “unit” of the applicable United States District Court.[6]