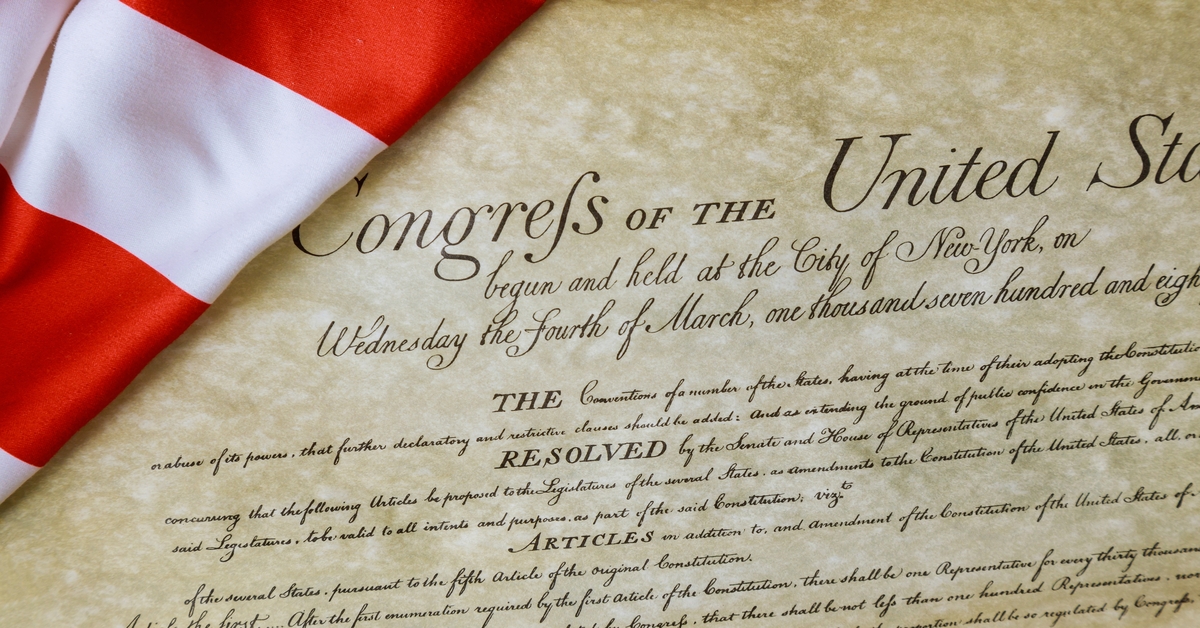 Analysis and Understanding of the US Constitution

The Constitution Annotated volume published as a bound edition every ten years. With cumulative updates issued in the intervening years biannually as inserts that address new constitutional case law, primarily from U.S. Supreme Court decisions. The analysis is provided by the Congressional Research Service (CRS) at the Library of Congress[1].

The Constitution written during the summer of 1787 in Philadelphia, Pennsylvania, with 55 delegates to a Constitutional Convention. That called ostensibly to amend the Articles of Confederation (1781–89), the country’s first written constitution. The Constitution was the product of political compromise after long and often rancorous debates over issues such as states’ rights, representation, and slavery. Therefore, delegates from small and large states disagreed over whether the number of representatives in the new federal legislature should be the same for each state—as was the case under the Articles of Confederation—or different depending on a state’s population. In addition, some delegates from Northern states sought to abolish slavery or, failing that, to make representation dependent on the size of a state’s free population.

At the same time, some Southern delegates threatened to abandon the convention if their demands to keep slavery and the slave trade legal and to count slaves for representation purposes not met. Eventually the framers resolved their disputes by adopting a proposal put forward by the Connecticut delegation. The Great Compromise, as it came to be known, created a bicameral legislature with a Senate, in which all states would be equally represented, and a House of Representatives, in which representation would be apportioned on the basis of a state’s free population plus three-fifths of its enslaved population. For instance (The inclusion of the enslaved population was known separately as the three-fifths compromise.)

A further compromise on slavery prohibited Congress from banning the importation of enslaved people until 1808 (Article I, Section 9). For instance, after all the disagreements were bridged, the new Constitution was signed by 39 delegates on September 17, 1787, and it was submitted for ratification to the 13 states on September 28[2].

In 1787–88, in an effort to persuade New York to ratify the Constitution, Alexander Hamilton, John Jay, and James Madison published a series of essays on the Constitution and republican government in New York newspapers. Their work, written under the pseudonym “Publius” and collected and published in book form as The Federalist (1788), became a classic exposition and defense of the Constitution.

In June 1788, after the Constitution had been ratified by nine states (as required by Article VII), Congress set March 4, 1789, as the date for the new government to commence proceedings (the first elections under the Constitution were held late in 1788). Because ratification in many states was contingent on the promised addition of a Bill of Rights, Congress proposed 12 amendments in September 1789; Therefore, 10 were ratified by the states, and their adoption was certified on December 15, 1791. Consequently, (One of the original 12 proposed amendments, which prohibited midterm changes in compensation for members of Congress, was ratified in 1992 as the Twenty-seventh Amendment. The last one, concerning the ratio of citizens per member of the House of Representatives, has never adopted.)[3]

The first Constitution called the Articles of Confederation, which ratified in 1781. The Articles of Confederation had issues, however. In other words, the main issue was that the government had no money or way to get money under the Articles. Therefore, the army did not being paid and deserting. Debts to foreign countries did not paid. The government became too weak and a new constitution needed.

Preamble to the Constitution

“We the People of the United States, in Order to form a more perfect Union, establish Justice, insure domestic Tranquility, provide for the common defense, promote the general Welfare, and secure the Blessings of Liberty to ourselves and our Posterity, do ordain and establish this Constitution for the United States of America.”[4]

Explaining women’s rights in various sectors of the USA