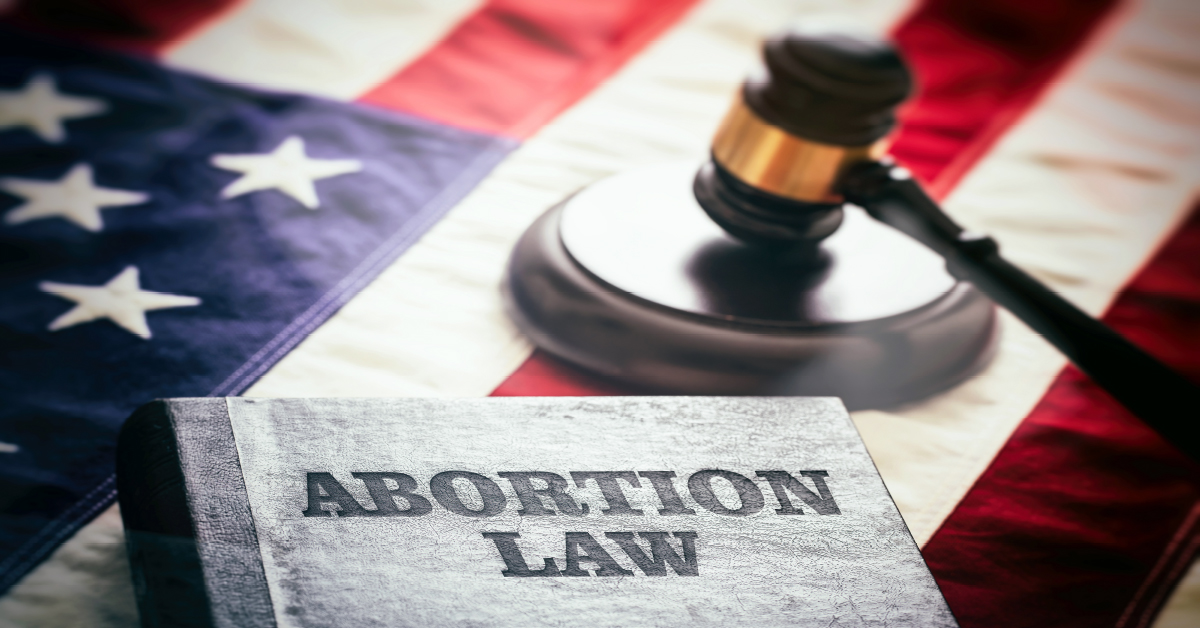 by Syeda Fauzia
in Layman Litigation
Reading Time: 12 mins read
A A
0
Share on FacebookShare on Twitter

Abortion laws in the United States largely vary on each state territories. Some jurisdictions ban abortion at any gestational age unless the woman would die from continued pregnancy, some permit abortion up until a certain gestational age, while others permit elective abortion at any point in pregnancy.1 The discussion over “abortion” is a very contentious issue in the United States of America. In addition to this, the same is very much influenced by the American lifestyle, state affairs and the society in general.

The surrounding debate over the topic, when it comes down to it, is pro-choice and pro-life. Meaning that the former advocates that “woman have the choice to make a decision and not the state as it is their bodies, and their choice.” The latter on the other hand simply considers abortion to be illicit for the reason that fetus too has a right to live. Most Americans are found to agree with some positions of each side.2 Since 1976, the Republican Party has generally sought to restrict abortion access based on the stage of pregnancy or criminalize abortion, whereas the Democratic Party has generally defended access to abortion and has made contraception easier to obtain.3

In the landmark case of Roe V. Wade, heard in the Supreme Court of the United States of America, deemed abortion unconstitutional. The decision struck down many federal and state abortion laws,[2][3] and fueled an ongoing abortion debate in the United States about whether, or to what extent, abortion should be legal, who should decide the legality of abortion, and what the role of moral and religious views in the political sphere should be.4

The same has been repeatedly challenged in various cases by various Courts, although none which overturned the decision in Roe vs Wade. “In Planned Parenthood of Southeastern Pennsylvania v. Casey (1992), the Supreme Court established that restrictions on abortion are unconstitutional if they place an “undue burden” on a woman seeking an abortion before the fetus is viable. In Gonzales v. Carhart (2007), the Court upheld the federal Partial-Birth Abortion Ban Act (2003), which prohibited a rarely used abortion procedure known as intact dilation and evacuation. In Whole Woman’s Health v. Hellerstedt (2016), the Court invoked its decision in Casey to strike down two provisions of a Texas law requiring abortion clinics to meet the standards of ambulatory surgical centers and abortion doctors to have admitting privileges at a nearby hospital. Four years later, in June Medical Services L.L.C. v. Russo (2020), the Court invoked Whole Woman’s Health to declare unconstitutional a Louisiana statute that was, as the majority noted, nearly identical to Texas’s admitting-privileges law.”5

In 2022, Roe v. Wade was overturned in Dobbs v. Jackson Women’s Health Organization, ending protection of abortion rights by the United States Constitution and allowing individual states to regulate any aspect of abortion not preempted by federal law.6

Mississippi petitioned its appeal of the Fifth Circuit decisions to the Supreme Court in June 2020. Its petition, filed by Mississippi Attorney General Lynn Fitch, focused on three questions from the appeals process.13 In its petition, Mississippi asked the Court to revisit the viability standard on the basis of the standard’s inflexibility,14 and inadequate accommodation of present understandings of life before birth.15 The filing stated that fetuses can detect pain and respond to it at 10–12 weeks gestational age,16 and asked the Court to allow the prohibition of “inhumane procedures”.17 The petition also contended that the viability standard inadequately addresses the protection of potential human life.18 Mississippi considered this a state interest from the “onset of the pregnancy” onward.19

A response brief, which focused on two questions asked in opposition to the petition, was filed by Hillary Schneller from the Center for Reproductive Rights on behalf of Jackson Women’s Health Organization (JWHO).20 JWHO asked the Court to deny Mississippi’s petition due to judicial precedent.21 The brief said that both the District Court and the Fifth Circuit found the Mississippi law unconstitutional by properly applying precedent in a manner that did not conflict with other courts’ decisions,22 and argued that there was therefore nothing about the case that “warrants this Court’s intervention”23 The brief also argued that Mississippi was misinterpreting its role in abortion regulation.24 While the state thought that its interest was greater than the individual right to abortion, JWHO argued that Mississippi’s vested interest in regulating abortion was insufficient to ban it before viability,25 making the Gestational Age Act “unconstitutional by any measure”.26

As mentioned, earlier each state has their own version of the law. Let us discuss few of them, “In 2019, in the state of Alabama, the Alabama lawmakers approved what was then the most stringent abortion ban in the country, making it a felony to perform an abortion at any stage of pregnancy with no exceptions for pregnancies resulting from rape or incest. The only exception would be when the woman’s health was at serious risk. A federal judge issued an injunction, under the precedent of Roe v. Wade, blocking the state from enforcing the law. In 2018, voters agreed to amend the Alabama Constitution to say the state recognizes the “rights of unborn children” and “does not protect the right to an abortion or require the funding of abortion.” A 1951 law made it a crime, punishable by up to 12 months in prison, to induce an abortion, unless it is done to preserve the life or health of the mother.”27

In the year 1850, the state of California declared abortion to be illegal, however an exception was given in medico cases where the mother’s life was in danger. In the year 1967, the legislation regarding abortion notably changed, wherein abortion was allowed in cases of rape or incest. However, in the year 1969, The Supreme Court in California, deemed the initial abortion legal code to be anti-democratic.

Although, it did leave the 1967 law in place. “In 1972, California voters added a “right to privacy” to the state constitution. Since then, the state Supreme Court has interpreted that “right to privacy” as a right to access abortion, allow minors to get an abortion without their parents’ permission and use public funding for abortions in the state’s Medicaid program. California now requires private health insurance plans to cover abortions and does not allow them to charge things such as co-pays or deductibles for the procedure. Effect of Supreme Court ruling: Abortion remains legal in California prior to the viability of a fetus. The Legislature is considering 13 bills that would strengthen or expand access to abortion. The bills are based on a report from the Future of Abortion Council, which include proposals that would help pay for women from other states to come to California for abortions, ban enforcement of out-of-state civil judgments on California abortion providers and volunteers, and increase the number of people who can offer abortions by authorizing some nurse practitioners to perform the procedure without the supervision of a doctor. Lawmakers also plan to put a constitutional amendment on the ballot in November that would explicitly guarantee the right to an abortion and contraceptives.”28

Layman Litigation provides general information. Thus, this information should not be considered as a source of legal advice. You should not rely, for legal advice, on statements or representations made within the website or by any externally referenced Internet sites. If you need legal advice upon which you intend to rely on, we encourage you to, consult a competent, independent attorney. Layman Litigation will not incur any liability or responsibility for actions or non-actions taken by people who have visited this site, and no one shall be entitled to a claim for detrimental reliance on any information provided or expressed.